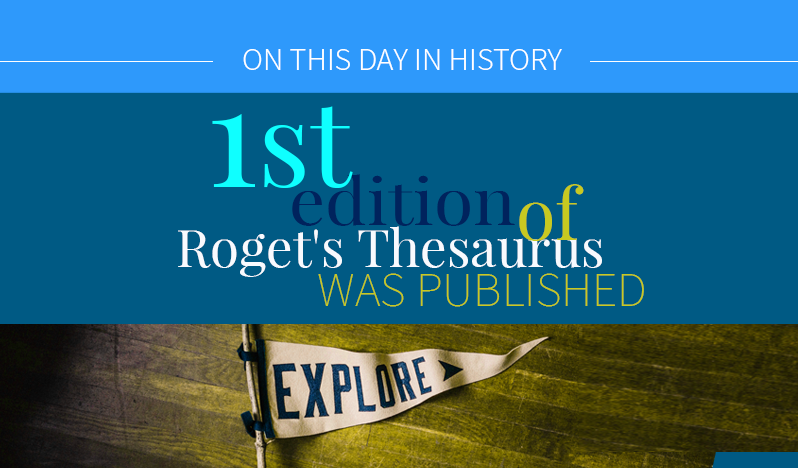 Roget’s Thesaurus was published on this day in 1852

Peter Roget’s initial attempt to write a Thesaurus at 26 did not come to fruition and it was almost 50 years later, in his early 70s, that it was finally published on 29 April, 1852. He’d struggled with depression for most of his life and his work on the Thesaurus arose partly from an effort to battle it. His coping mechanism was list-making which led to this most famous list.

In his lifetime Roget made an enormous contribution to education. He worked as a physician and private teacher and contributed to multiple fields of study including anatomy, mathematics, and optics. He lectured on medicine and was granted fellowship of the Royal Society in 1827, serving as its secretary for 21 years. Roget also studied tuberculosis and the effects of nitrous oxide (laughing gas).

Roget’s Thesaurus has estimated to have sold over 30 million copies worldwide. And who now doesn’t reference it online?