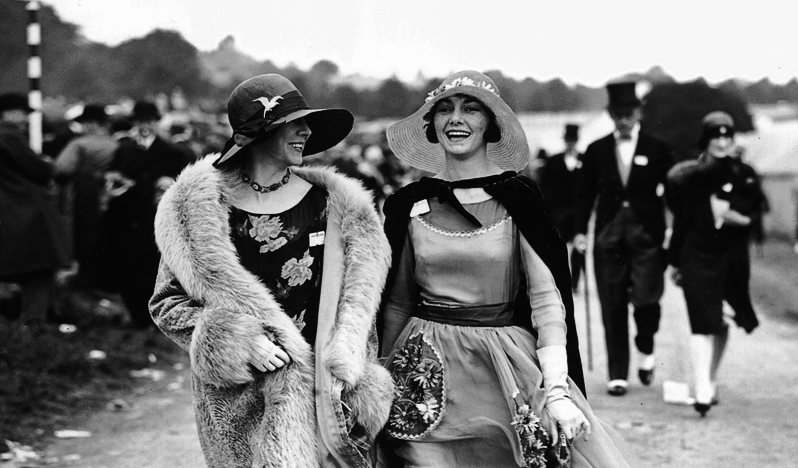 As any fashionistas will tell you, today is “Ladies’ Day” at Royal Ascot. Coined by a poet in 1823 who described the Thursday as “Ladies’ Day”, “when the women, like angels, look sweetly divine.” It might come as a surprise that Ascot doesn’t officially use that name. However it’s still the fashion highlight of the races, especially for ladies; angelic or not.

Any day at Royal Ascot is a a great occasion for the family awash with haute couture, spectacular heritage, and, of course, unparalleled horse racing. The biggest race today is the Gold Cup, where the winning racer will receive a half million pound prize. The Queen will present the Gold Cup award and lead the Royal Procession at 2pm.

The event became a Royal Week in 1911. Situated around the corner from Windsor Castle, Royal Ascot is a major event for the Royal family. The Queen is owner and breeder of thoroughbred horses, some of which have won races at Royal Ascot. Each day includes a Royal Procession with the Queen and other members of the Royal family arriving in horse-drawn landaus.

Ascot’s independent schools also have an element of Royal blood and equine heritage coursing through their foundations. Princess Beatrice of York went to the St. Georges School and Lady Margarita Armstrong-Jones, granddaughter of Princess Margaret, and Lady Louise Windsor, daughter of the Earl of Wessex have both attended St. Mary’s School. Alongside many team sports, St George’s and St. Mary’s schools offer horse riding and the opportunity to compete in horse shows to all pupils.

It’s no wonder that Ascot is a firm favourite for ladies (and gents).

Previous Post
The opening of the reconstructed Globe Theatre was today in 1997
Next Post
Is sending my child to a UK boarding school the right decision?